Kellie Martin net worth: Kellie Martin is an American actress who has a net worth of $3 million dollars. Kellie Martin was born in Riverside, California, and began her professional acting career when she was in elementary school, guest starring on "Father Murphy". From there, she went on to appear in a steady string of film and television projects, including, "Highway to Heaven", "Dallas", "Jumpin' Jack Flash", "The Hogan Family", "My Two Dads", "thirtysomething", "Superman", "A Pup Named Scooby-Doo", "Troop Beverly Hills", "Charles in Charge", "Mr. Belvedere", and "Baywatch".

In 1989, she was cast in the role that would make her a household name, as Rebecca Thacher on "Life Goes On". After the show ended in 1993, she went on to star on the series, "Christy", to co-star on "ER", and to play a recurring role on "Army Wives". She has also starred in a series of television movies, known as the "Mystery Woman" series. 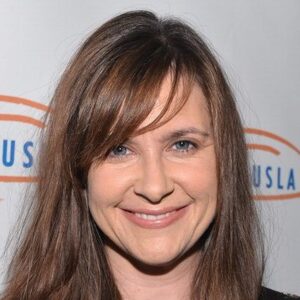