Kelli Garner Net Worth: Kelli Garner is an American actress who has a net worth of $1 million. Born in Bakersfield, California, in 1984, Kelli Garner made her TV debut in 2000's "This Is How the World Ends", though the MTV pilot episode went unsold. A year later, she appeared in an episode of "Buffy the Vampire Slayer".

She had a small part on "Grounded for Life", and appeared on "Da Mob", "Time Share", "Bully", "Thumbsucker", "Regular Joe", "Law & Order: Special Victims Unit", and "American Dad! before landing a part on the main cast of the series "My Generation" in 2010. In 2011, she played Catherine Cameron on the main cast of the short-lived series "Pan Am". She also appeared in a 2014 episode of "Looking" as one of the character's sisters. Garner starred in the 2006 movie "Dreamland" as Calista, earning a Best Actress Award at Method Fest. She has also appeared in "The Aviator", "Hometown Legend", "Man of the House", "London", "Return to Rajapur", "Normal Adolescent Behavior", "Lars and the Real Girl", "Red Velvet", "Taking Woodstock", "The Six Wives of Henry Lefay", "Going the Distance", and "Horns". In early 2014, Garner confirmed her relationship with "The Big Bang Theory" star Johnny Galecki. 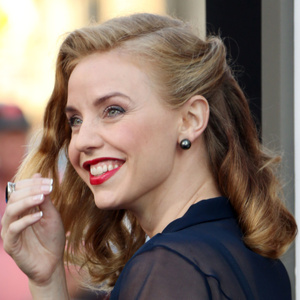