Kellan Lutz net worth: Kellan Lutz is an American fashion model and actor who has a net worth of $5 million. Kellan Lutz acquired that net worth mainly as one of the starts of the wildly popular Twilight series of movies and on the TV show 90210. Lutz has also acted on several television shows.

Born Kellan Christopher Lutz on March 15, 1985, in Dickinson, North Dakota, Kellan Lutz achieved cult-like stardom after playing muscular and imposing vampire Emmett Cullen in the smash-hit film series Twilight. Prior to his major breakthrough as a thirsty bloodsucker, Lutz had been a struggling sitcom star appearing on numerous shows, including CSI and Six Feet Under. The former model who graced the pages of Abercrombie catalogs also performed in movies like Stick It, Accepted and Prom Night, among others. But by the time he turned 23, Lutz got tapped to play the star-making role of Emmett Cullen in the highly anticipated 2008 film adaptation of the Stephenie Meyer's vampire-romance novel Twilight. His performance in the subsequent sequels, The Twilight Saga: New Moon (2009) and Eclipse (2010), cemented his status as a star and just added more followers to his already well-established fan base. In addition to the Twilight sequels, Lutz would remain active in the movie industry landing parts in feature films like A Nightmare on Elm Street (2010), A Warrior's Heart and Immortals (both 2011). In 2014, he got to work for undervalued genre director Renny Harlin, playing the legendary Greek demigod Hercules in Harlin's The Legend of Hercules, for which he nominated for a Teen Choice Award for Choice Actor within the action genre. His action credentials didn't end there, because the next year he appeared in The Expendables 3. As for his off-screen engagements, they include modeling in the 2010 Calvin Klein X underwear campaign as well as his most recent contract with Ford Models. 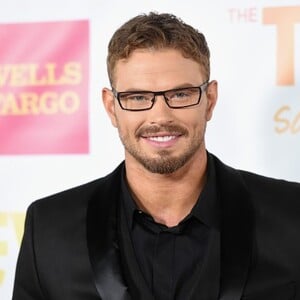