Keith Powers net worth: Keith Powers is an American actor and model who has a net worth of $1 million. Keith Powers was born in Sacramento, California in August 1992. In 2015 he starred as LaDarius Pope on the television series Sin City Saints. Powers starred as Theo on the TV series Faking It from 2014 to 2015.

In 2017 he starred as Ronnie DeVoe on the TV mini-series The New Edition Story. Keith Powers starred as Jordan Wilder on the series Famous in Love from 2017 to 2018. In 2015 he starred as Tyree in the movie Straight Outta Compton and he has also appeared in the films Before I Fall, #REALITYHIGH, and Maximum Impact. Powers has also appeared in shorts or episodes of TV series including Pretty Little Liars, Fear the Walking Dead, Recovery Road, Asterisk, Tales, Let's Just Be Friends, and A Little Closure. He has modeled for Calvin Klein, Sketchers, and Aeropostale as well as Sears and JCPenney. He was the cousin of Rodney King. 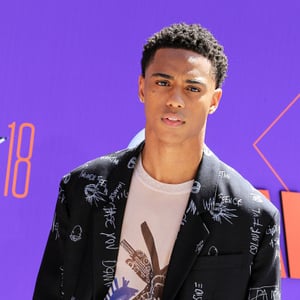