Keith Jardine net worth: Keith Jardine is an American actor and retired mixed martial artist who has a net worth of $3 million. Keith Jardine was born in Butte, Montana in October 1975. He made his professional MMA debut in August 2001 and defeated Amir Rahnavardi. Jardine competed on The Ultimate Fighter 2 in 2005.

He made his UFC debut in February 2006 when he defeated Mike Whitehead. Jardine had the Knockout of the Night in December 2006 when he defeated Forrest Griffin. He was part of the Fight of the Night in March 2009 when he lost to Quinton Jackson and in June 2010 when he lost to Matt Hamill. Jardine lost to Luke Rockhold for the Strikeforce Middleweight Championship in January 2012. His last fight was a loss to Roger Gracie in July 2012 to bring his MMA record to 17-11-2. As an actor he has starred in the movies Crank: High Voltage, Gamer, Tactical Force, Beer for My Horses, Unrivaled, John Wick, Inherent Vice, and Shot Caller. 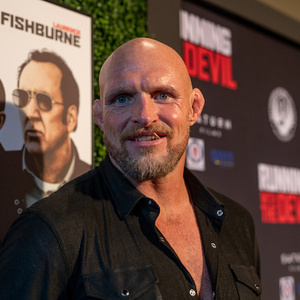