How much is Keith David Worth?

Keith David net worth: Keith David is an American actor, singer, and voice over artist who has a net worth of $3 million dollars. Keith David, also known as Keith David Williams, was born in Harlem, New York, New York and grew up in Queens. He began acting in school plays during elementary school and went on to attend the High School of the Performing Arts. He then graduated from the Juilliard School with a BFA in Drama in 1979. He began his professional acting career in the theater, touring with the prestigious The Acting Company in the early 80s. He became a household name appearing opposite Kurt Russell in the 1982 production of "The Thing". He went on to a steady film, television, and voice over career from there. He has appeared in such film and television projects as "Mister Rogers' Neighborhood", "Platoon", "Road House", "Men at Work", "Reality Bites", "The Quick and the Dead", "The Tiger Woods Story", "Armageddon", "Law & Order", "Barbershop", "Mr. & Mrs. Smith", "Psych", and "Death at Funeral", among many other projects. He has also provided voice over work for a massive number of cartoons and videogames, including "Hercules", "Halo", "Call of Duty", and "Justice League". He is also a Tony nominee. 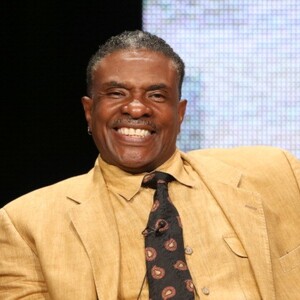