Keith Chegwin net worth: Keith Chegwin was an English actor and television presenter who had a net worth of $6 million. Keith Chegwin was born in Bootle, Liverpool, England, United Kingdom in January 1957. He first starred in the movie The Troublesome Double in 1967. In 1975 Chegwin starred as Raymond Clarkson in the television series The Wackers. He has also starred in the movies Egghead's Robot, Macbeth, Robin Hood Junior, Whatever Happened to Harold Smith?, House!, Tabloid, and Kill Keith. He has also appeared in epidotes of the TV series Armchair Theatre, The Liver Birds, Aquarius, The Adventures of Black Beauty, Open All Hours, 7 of 1, My Old Man, Village Hall, Z Cars, The Tomorrow People, Rule Brittania!, The Young Person's Guide to Become a Rock Star, Extras, The Slammer, Sooty, and Life's Too Short. Chegwin has also been featured on the TV series Star Games, Record Breakers, Multi-Coloured Swap Shop, Cheggers Plays Pops, Saturday Superstore, I'm Famous and Frightened, and Dancing on Ice. Chegwin is featured as a contestant on the 2015 season of Celebrity Big Brother. Celebrity Big Brother 15 debuted in January 2015 on Channel 5 in the United Kingdom. Unfortunately, Keith Chegwin died on December 11, 2017 at the age of 60. 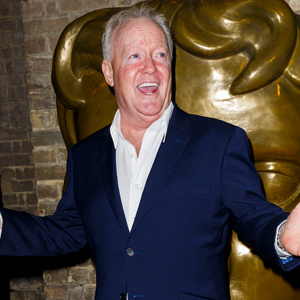