What is Keira Knightley's Net Worth and Salary?

Keira Knightley is a British actress who has a net worth of $80 million. She is best known for her starring roles in films like "Bend It Like Beckham", the "Pirates of the Caribbean" franchise, "Love Actually", and "Pride and Prejudice".

Keira Christina Knightley was born in Teddington, London, England, on March 26, 1985. Her parents, Sharman Macdonald and Will Knightley, were both theatre actors. She was meant to be named "Kiera", but her mother misspelled the name as "Keira" when she registered her daughter. Knightley was introduced to theatre and ballet at a very young age thanks to her parents, and this helped spark her interest in acting. She first asked for an agent when she was three years old, inspired by how her parents both had agents, and received her own agent when she was six. She started out acting in local amateur productions, including a production of "After Juliet", which was written by her mother. Knightley was briefly a student at the Esher College for a year, where she studied art, history, and English literature, but left to focus on her acting career.

As a child, Knightley appeared in small television roles and commercials—her first on-screen appearance but in a 1993 episode of the show "Screen One". Her other early roles include appearances in the television films "Innocent Lies" (1995), "The Treasure Seekers" (1996), "Coming Home" (1998), and "Oliver Twist" (1999). When she was twelve years old, Knightley was cast as Sabé, the handmaiden and decoy of Padmé Amidala (played by a young Natalie Portman), in "Star Wars: Episode I – The Phantom Menace" (1999).

Knightley's first major leading role was in the Walt Disney Productions film "Princess of Thieves" (2001), playing the daughter of Robin Hood. She then appeared in the film "The Hole" (2001), the miniseries "Doctor Zhivago" (2002), and the film "Pure" (2002). Her mainstream breakthrough did not come until she starred in the sports comedy film "Bend It Like Beckham" in 2002. The smash hit film grossed over $76.7 million, and helped her gain greater global recognition. Thanks to her elevated image following "Bend It Like Beckham", Knightley landed the leading role of Elizabeth Swann in the fantasy film "Pirates of the Caribbean: The Curse of the Black Pearl" (2003). Despite low expectations for the film, it ended up opening as No. 1 at the box-office, and was one of the highest grossing productions of that year. Knightley would reprise her role as Elizabeth Swann in the sequel films "Pirates of the Caribbean: Dead Man's Chest" (2006) and "Pirates of the Caribbean: At World's End" (2007), and a cameo in "Pirates of the Caribbean: Dead Men Tell No Tales" (2017). 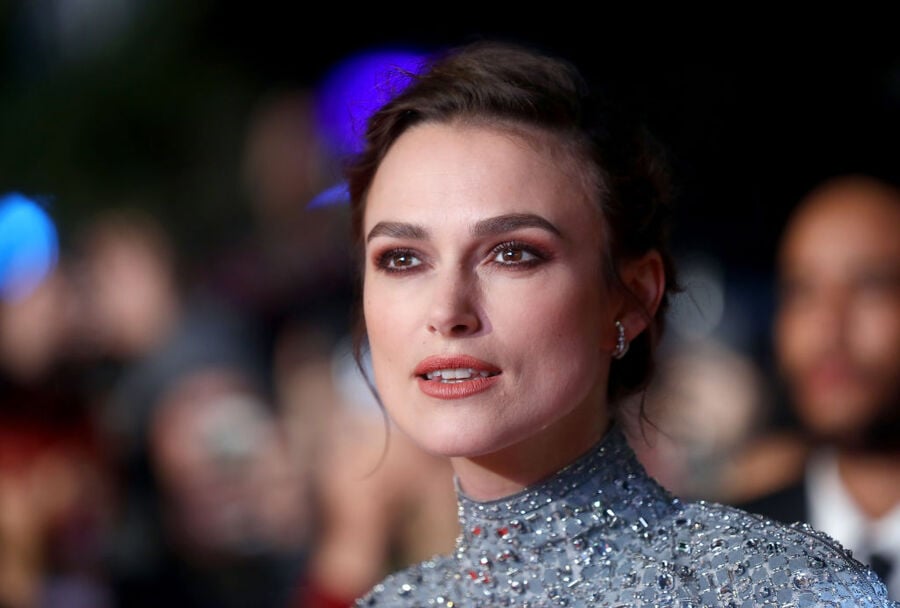 In addition to her film acting, Knightley has ventured into the world of theatre as well. She made her West End debut in December 2009 at the Comedy Theatre in London, in a production of the comedy "The Misanthrope". In 2011 she returned to the Comedy Theatre in London, this time in a revival of Lillian Hellman's "The Children's Hour". In 2015, she made her Broadway debut in a production of "Therese Raquin" with the Roundabout Theatre Company in New York City.

Outside of acting, Knightley has worked as the face of many advertising campaigns. Brands she has worked with include Asprey, Shiatzy Chen, Lux haircare products, and Chanel (as the face of the perfume Coco Mademoiselle). 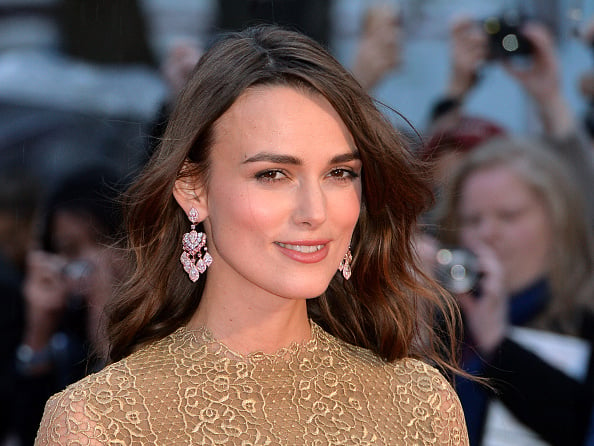 In 2001, Knightley began dating actor Del Synnott. They met while filming "Princess of Thieves". After they split up in 2003, from 2003 to 2005 Knightley was in a relationship with actor Jamie Dornan. Then, from 2005 until December 2010, she dated Rupert Friend, her "Pride and Prejudice" co-star. In February 2011, Knightley began dating musician James Righton. They got married in May 2013, and have two daughters together.

Knightley is one of the faces of Amnesty International. She supported them on a campaign to support human rights. Other organizations she has supported include the Comic Relief charity, WaterAid, the American Library Association, Oxfam, Women's Aid, the SMA Trust, and the United Nations' refugee agency UNHCR. 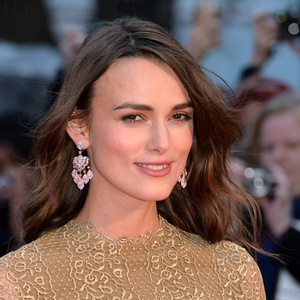