How much is Keiko Kitagawa Worth?

Keiko Kitagawa net worth: Keiki Kitagawa is a Japanese actress and former model who has a net worth of $16 million dollars. Keiko Kitagawa was born in Kobe, Japan in August 1986. In 1995 she lost many of her friends in the Great Hanshin earthquake. In 2009 she graduated from Meiji University in Tokyo. She started modeling and acting and became Miss Seventeen in 2003. She modeled for Japanese Seventeen until 2006. Her acting career started in a live action TV series of Sailor Moon. She has appeared in the films The Fast and the Furious: Tokyo Drift, Cherry Pie, Dear Friends, Southbound, Heat Island, Handsome Suit, Orion in Midsummer, I'll Pay, After the Flowers, Paradise Kiss, and Roommate. On television Keiko has starred in Mop Girl, Homeroom on the Beachside, Buzzer Beat, Hostess with a Pen, Moon Lovers, Hero, and more. She is managed by Stardust Promotion. Keiko has authored six books and has starred in many commercials. She won a Television Drama Academy Award, Nikkan Sports Drama Grand Prix Award, and a Galaxy Award. Her favorite actress is Keira Knightley and she is a big fan of the band Linkin Park. 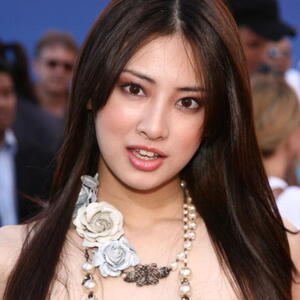