Keiko Agena Net Worth: Keiko Agena is an American actress who has a net worth of $300 thousand dollars. Keiko Agena was born in Honolulu, Hawaii, in 1973 as Christine Keiko Agena. Agena began her acting career in the early '90s, appearing on "Renegade" and later an episode of "Sister, Sister".

In 2000, Agena landed the role for which she is best known today, playing Lane Kim, the best friend of Rory Gilmore, on the hit series "Gilmore Girls". Agena was part of the main cast from 2000 until 2007. She voiced Yori on the animated series "Kim Possible" and appeared on "Without a Trace", "Private Practice", "Private Valentine: Blonde & Dangerous", "Castle", "House", "The Homes", "Scandal", "Twisted", and "Shameless". Agena also appeared as an assistant in 2011's "Transformers: Dark of the Moon". She has been nominated for three Teen Choice Awards and won a 2002 Young Artist Award for Best Performance in a TV Drama Series as a Supporting Young Actress for her performance in "Gilmore Girls". Agena studied at Whitman College and enjoys performing on stage with her theater company and riding a motorcycle. She has been married to her husband, Shin Kawasaki, since 2005. They tied the knot in a helicopter hovering above Las Vegas. 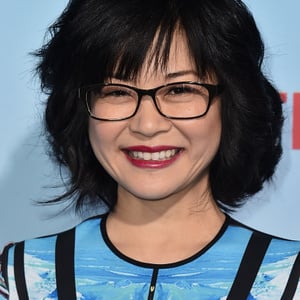