Kayvan Novak net worth: Kayvan Novak is a British-Iranian actor, voice actor, and comedian who has a net worth of $4 million. Kayvan Novak was born in London, England in November 1978. As an actor he stared as Reza Abbassi in the television series Holby City in 2004. Novak starred as The Fonejacker in the TV series Fonejacker from 2007 to 2008 which he also co-created.

In 2011 he starred as Rachid Mansaur in the series Sirens. Novak starred in the series Facejacker which he co-created from 2010 to 2012. In 2015 he starred as Woody in the television series SunTrap. He provided voice work for the TV series Counterfeit Cat in 2016 as well as in the TV series Thunderbirds Are Go and Danger Mouse from 2015 to 2016. Novak won a BAFTA TV Award in 2008 for Best Comedy Programme for Fonejacker and a British Comedy Award for Best British Comedy Performance in Film for Four Lions in 2010. 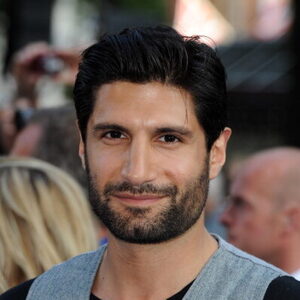