Kayleen McAdams net worth: Kayleen McAdams is a Canadian makeup artist who has a net worth of $1 million dollars. She is best known for her work in The Lucky Ones, Married Life, and for being the sister of Rachel McAdams, a successful Hollywood actress.

McAdams was born in London, Ontario, and grew up in nearby St. Thomas. She was originally planning a career in psychology and studied at the University of Western Ontario, but her plans began to change. During her time assisting in the beauty department at Flare magazine her interest in pursing a career in makeup and style was piqued, but it was not until she visited her sister Rachel on the set of The Notebook that she knew she had found her calling. Seeing on-set makeup artists' work first hand was what inspired Kayleen to pursue a career in makeup. After returning to Toronto, Kayleen started makeup school where she studied fashion, photography, theater, prosthetics and film. She returned to Los Angeles where her talents soon caught the eye of the beauty industry. Her fresh talent has been featured in such publications as Harper's Bazaar, Vogue and Teen Vogue. She also recently appeared with her sister on the hit TLC show, Who Do You Think You Are?. 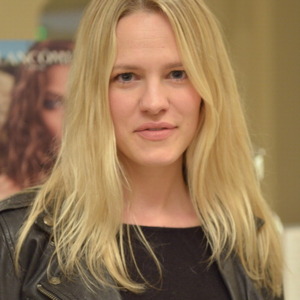