Kaylee DeFer Net Worth: Kaylee DeFer is an American actress who has a net worth of $800 thousand dollars. Born in Tucson, Arizona, in 1986, Kaylee DeFer moved to Los Angeles in the early 2000s to break into show business. Her on-screen debut came in a 2004 episode of the Nickelodeon show "Drake & Josh".

She appeared in "North Shore", "Quintuplets", "The Mountain", and "Listen Up! before scoring a part on the main cast of "The War at Home". DeFer played Hillary Gold for 44 episodes between 2005 and 2007. She continued to take small TV roles before landing the role of Ivy Dickens/Charlie Rhodes on the hit series "Gossip Girl". DeFer was a guest star during the show's fourth season before being promoted to a main character for seasons five and six. She appeared in 30 episodes of the show. Her other TV and film credits include appearances in "Shark", "Family Guy", "Ghost Whisperer", "Bones", "How I Met Your Mother", "CSI: Miami", "Friends with Benefits", "Underclassman", "Flicka", "In My Pocket", "Mattie", "Red State", "Layover", and "Darkroom". DeFer had been dating jewelry designer Mike Pereria for nearly a decade before calling off their engagement in 2012. She gave birth to her first child, a son named Theodore, with musician Michael Fitzpatrick a year later. 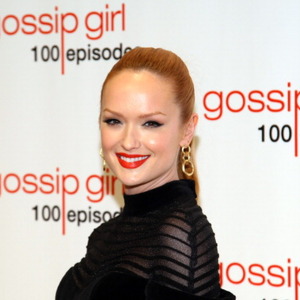