Kaylani Lei net worth: Kaylani Lei is a Singaporean American adult actress who has a net worth of $4 million. She has appeared in over 200 adult films during her career.

Kaylani Lei was born in Singapore in August 1980. She grew up in Massachusetts and danced in Las Vegas before entering the adult industry. Kaylani Lei has also been a host of a radio show, has appeared on Playboy TV and on the Howard Stern radio show. Lei starred as Allison Kraft on the Cinemax series The Erotic Traveler in 2007. She has more than 200 acting credits to her name. Lei was named the 24th hottest Asian adult star of all time by Complex magazine in 2011. In 2013 she appeared in the documentary Risky Business: A Look Inside America's Adult Film Industry. Lei was inducted into the AVN Hall of Fame in 2015 and has been nominated for 20 awards in total. She dated a New Zealand rugby star named Byron Kelleher from 2005 to 2006 and even lived with him in New Zealand during their relationship. 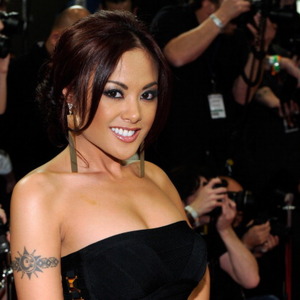