Kayla Ewell Net Worth: Kayla Ewell is an American actress who has a net worth of $2 million. Kayla Ewell was born in Long Beach, California, in 1985, and started singing and dancing when she was a kid. She made her on-screen debut in three episodes of "Freaks and Geeks" as Maureen Sampson in 2000. She also appeared as Faith Clearly in an episode of "Profiler" the same year. In 2004, Ewell landed a small part in "Boston Public" before she scored the role of Caitlin Ramirez in the soap opera "The Bold and the Beautiful". She appeared as Ramirez for more than 130 episodes between 2004 and 2005. Ewell had small parts in "Veronica Mars", "The O.C.", "Entourage", "Fired Up", and "Bones" before landing a role on "The Vampire Diaries" as Vicki Donovan in 2009. She also appeared on "CSI: Crime Scene Investigation", "The Glades", "Franklin & Bash", and "The Demented". Ewell starred in the 2008 music video "Without You" for Hinder and the 2010 music video "Maybe" for the Sick Puppies. Ewell is an avid rock climber and whitewater rafter when she's not acting; she also enjoys competitive surfing. In 2009, she was arrested for disorderly conduct while on a photo shoot with several other actresses, including Nina Dobrev, though the charges were eventually dropped. 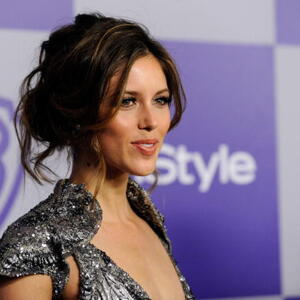