Kaye Ballard net worth: Kaye Ballard is an American actress, comedian, and singer who has a net worth of $8 million. Kaye Ballard was born in Cleveland, Ohio in November 1925. From 1967 to 1969 she starred as Kaye Buell on the television series The Mothers-In-Law. From 1990 to 1991 Kaye Ballard starred as Mrs. Treva Travalony on the TV series What a Dummy.

She starred in several films including The Girl Most Likely, A House Is Not a Home, What Way to the Front?, The Ritz, Freaky Friday, Falling in Love Again, Modern Love, Eternity, Baby Geniuses, and more. Ballard also appeared in episodes of TV series including The Patty Duke Show, Rowan & Martin's Laugh-In, All My Children, Love, American Style, The Love Boat, Fantasy Island, Daddy Dearest, and more. She has also starred in several stage productions including The Pirates of Penzance, Pippin, Funny Girl, Chicago, No, No, Nannette, and more. 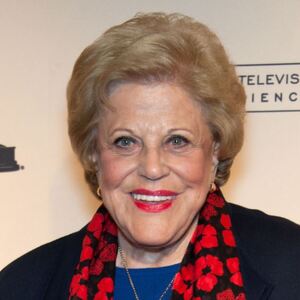