Kaycee Stroh Net Worth: Kaycee Stroh is an American actress and musician who has a net worth of $300 thousand dollars. Born in Salt Lake City, Utah, in 1984, Kaycee Stroh made her on-screen debut as a dancer in the straight-to-video 2004 movie "Ammon & King Lamoni". She is perhaps best known for her second role, appearing as Martha Cox in the Disney Channel Original Movie "High School Musical" in 2006.

Stroh reprised the role for "High School Musical 2" and "High School Musical 3: Senior Year". She appears on several soundtracks for the movie and the singles "Stick to the Status Quo", which charted at 43 in the U.S., and "Work This Out", which landed at 110. Stroh appeared in several episodes of "The Suite Life of Zack & Cody", "Mother Goose Parade", "Hannah Montana: The Movie", "The League", "Shapetown, USA", and "Holly, Jingles and Clyde 3D". Stroh was part of "Celebrity Fit Club" in 2010 and had a part in the Lady Gaga and Beyonce music video for "Telephone" the same year. She has frequently discussed her ongoing battle with her weight issues. Stroh works with several charities, including the Starlight Starbright Children's Foundation and the Make-A-Wish Foundation. She has been married to her husband, Ben Higginson, since 2009, and gave birth to their first child in 2013. 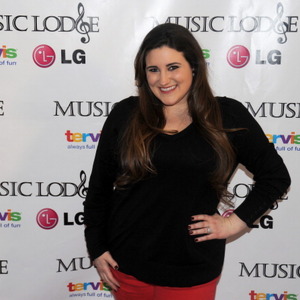