Kay Panabaker Net Worth: Kay Panabaker is an American actress and zoologist who has a net worth of $1 million dollars. Born in Orange, Texas, in 1990 as Stephanie Kay Panabaker, Kay Panabaker started acting in local theater. She moved to Los Angeles as a kid to start her screen acting career.

Panabaker earned her high school diploma when she was 13 years old, graduating as her class' valedictorian. She earned her associate's degree by the time she was 15 and her bachelor's degree in history from the University of California at Los Angeles before her 18th birthday. She made her feature film debut providing voices for the animated 2001 hit "Monsters, Inc.". In 2002, Panabaker appeared as Sam in "Dead Heat" and in several TV shows such as "Port Charles", "ER", and "7th Heaven". She landed several small TV parts before appearing as part of the main cast of "Summerland" as Nikki Westerly in 2004. Panabaker had a recurring role on "Phil of the Future" and appeared on six episodes of "CSI: Crime Scene Investigation". Her other TV credits include "The Brothers Garcia", "Mom at Sixteen", "Medium", "The Suite Life of Zack and Cody", "Weeds", "Boston Legal", "Ghost Whisperer", "Lie to Me", "Brothers & Sisters", "No Ordinary Family", and "Law & Order: Special Victims Unit". Panabaker starred as one of the girl detective's sidekicks in "Nancy Drew" in 2007 and appeared in "A Modern Twain Story: The Prince and the Pauper", "Fame", and "Little Birds". 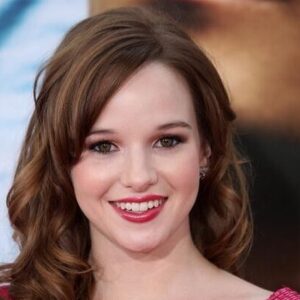