Kay Lenz net worth: Kay Lenz is an American actress who has a net worth of $3 million. Kay Lenz was born in Los Angeles, California in March 1953. She has more than 100 acting credits to her name dating back to 1967. From 1976 to 1977 she starred as Kate Jordache on the television series Rich Man, Poor Man – Book II.

Lenz starred as Maggie Zombro on the TV series Reasonable Doubts from 1991 to 1993. From 1994 to 1996 she provided the voice of American Maid on the series The Tick. Kay Lenz has appeared in several films including American Graffiti, Breezy, White Line Fever, Moving Violation, The Great Scout & Cathouse Thursday, Mean Dog Blues, The Initiation of Sarah, The Passage, Swan Lake, Fast-Walking, Prisoners of the Lost Universe, House, Death Wish 4: The Crackdown, Stripped to Kill, Falling from Grace, Shame II: The Secret, The Secret Lives of Dorks, and more. Lenz has won a Primetime Emmy Award and a Daytime Emmy Award and was nominated for a Golden Globe Award. She was married to David Cassidy from 1977 to 1985. She also began co-producing the TV series Dealbreakers in 2018. 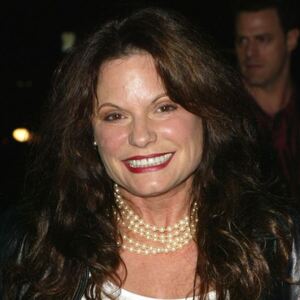