Kay Cannon net worth: Kay Cannon is an American film and television writer and actress who has a net worth of $10 million. Kay Cannon earned his BA in Theatre and MA in Education from Lewis University. She was a member of The Second City in Chicago. Cannon served as a writer, story editor, and producer for the television series 30 Rock.

She was the co-executive producer and a writer for the TV series New Girl. Cannon created the series Girlboss and also serves as a writer and executive producer. She co-produced the 2008 film Baby Mama and wrote the 2012 movie Pitch Perfect. Cannon also wrote and co-produced the film Pitch Perfect 2 in 2015. She has won three Writers Guild of America Awards for 30 Rock and has been nominated for three Primetime Emmy Awards. Cannon was married to actor Jason Sudeikis from 2004 to 2010 and married Eben Russell in 2012. 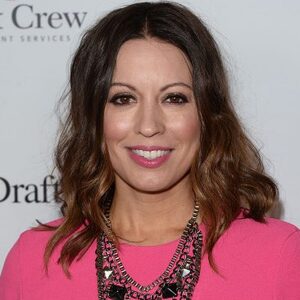