Katrina Law net worth: Katrina Law is an American actress who has a net worth of $2 million. Katrina Law was born in West New York, New Jersey. She was named Miss New Jersey Teen USA as a teenager. Law first starred in the movie Lucky Numbers in 2000. In 2007 she starred as Kate Wyman in the TV mini-series The Rookie: CTU.

Law starred as Lana in the television series The Resistance in 2010. From 2010 to 2012 she starred as Mira in the TV series Spartacus. Since 2014 she has starred as Nyssa al Ghul in the series Arrow. Law has starred in the movies Bottomfeeders, Emmett's Mark, B.E.I.N.G., All In, A New Tomorrow, Stiletto, Alpha Males Experiment, Apparition, Checkmate, 12 Gifts of Christmas, and Death Valley. She has also appeared in episodes of the TV series Third Watch, Reba, Chuck, Legend of the Seeker, and CSI: Miami. 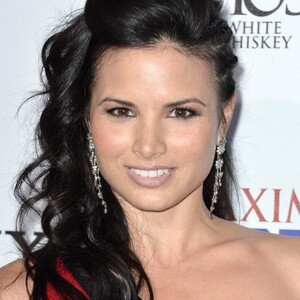