Katie McGrath Net Worth: Katie McGrath is an Irish actress and model who has a net worth of $4 million. Kate McGrath was born in Ashford, County Wicklow, Ireland in 1983. She is best known for her role as Morgana in the TV series Merlin. Katie graduated with a history degree from Trinity College, Dublin.

She worked at Image magazine and then became a wardrobe assistant on the set of The Tudors. While working on the set she was advised to try acting. She made her debut in the 2007 TV movie Damage. McGrath starred in the TV mini-series The Roaring Twenties and the film Eden. In 2008 she made an appearance in an episode of The Tudors. Katie's best known roles came as Morgana on the series Merlin from 2008 to 2012, and as Lucy Westernra on the series Dracula from 2013 to 2014. She has starred in the films Freakdog, W.E., and Leading Lady. She also appeared in episodes of The Queen, Labyrinth, and Dates. McGrath is starred as Beth in the 2015 movie Jurassic World. She won 2nd place at the 2013 SFX Awards, UK for Best Actress in Merlin. 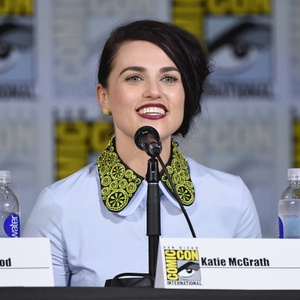