Katie Lowes Net Worth: Katie Lowes is an American actress who has a net worth of $2 million. Katie Lowes was born in Queens, New York in September 1982. She is best known for her role as Quinn Perkins on the TV series Scandal. Katie graduated from New York University's Tisch School of the Arts.

Her first television role came in the series Rescue Me in 2004. From 2008 to 2009 she starred as Brandy Buffkin on the series Easy Money. Lowes has starred since 2012 in the ABC drama Scandal. She has starred in the films Quarter Life Crisis, Reeker 2, Transformers: Revenge of the Fallen, The Job, Circle of Eight, Bear, Phil Cobb's Dinner for Four, Super 8, Ghost Phone: Phone Calls from the Dead, Wreck-It Ralph, Side Effects, and Frozen. Lowes won a TV Guide Award in 2013 for Scandal. She has also appeared in episodes of TV shows Guiding Light, Damage Control, As the World Turns, The Sopranos, Without a Trace, NCIS, Ghost Whisperer, Swingtown, Castle, Leverage, Private Practice, Grey's Anatomy, The Closer, and Royal Pains. Katie married actor Adam Shapiro in 2012. 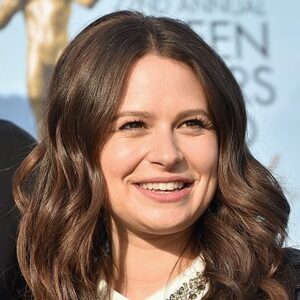