Leung has also appeared in episodes of the TV series Run, Father Brown, and One Child. In 2008 she was nominated for an MTV Movie Award for Best Kiss with Daniel Radcliffe. Leung has starred in stage productions of Wild Swans, The World of Extreme Happiness, The Merchant of Venice, and You For Me For You. 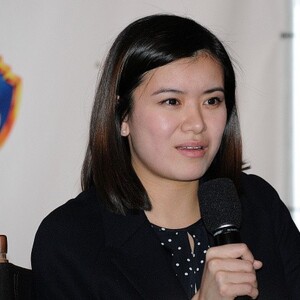