Katie Finneran net worth: Katie Finneran is an American actress who has a net worth of $4 million. Katie Finneran was born in Chicago, Illinois in January 1971. She is best known for her Tony Award winning performances in the Broadway play Noises Off in 2002 and the musical Promises, Promises in 2010. Finneran starred as Kate on the television series Bram and Alice in 2002. In 2004 she starred as Sharon Tyler on the TV series Wonderfalls. Finneran starred as Special Agent Melody Sim on the series The Inside from 2005 to 2006. From 2011 to 2013 she starred as Nikki Miller in the television series I Hate My Teenage Daughter. Finneran starred as Leigh Harry on the TV series The Michael J. Fox Show from 2013 to 2014. Since 2015 she has starred as Belle Rayburn in the series Bloodline. She has also starred in the movies Night of the Living Dead, You've Got Mail, Liberty Heights, Bewitched, Broken Bridges, Firehouse Dog, Baby on Board, and Movie 43. 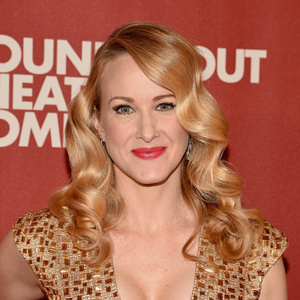