Katie Dippold Net Worth and salary: Katie Dippold is an American comedy writer, actress, and improvisational comedian who has a net worth of $8 million. Katie Dippold was born in Freehold Township, New Jersey. She graduated from Rutgers University with a journalism degree and then started her career at Upright Citizens Brigade Theatre in New York City.

Dippold has been part of the improv groups The Smokes and Reuben Starship. She has regularly appeared on Late Night with Conan O'Brien and was a cast member of MTV's prank series Boiling Points. Dippold was a writer for the 12th season of MADtv and was a co-producer of the show's 14th season. She joined the writing staff of Parks and recreation in 2009. She wrote the screenplay for the 2013 comedy film The Heat which starred Sandra Bullock and Melissa McCarthy and was directed by Paul Feig. Dippold was listed in Variety's 10 Screenwriters to Watch in 2012 and Interview's 13 People to Look For in 2013. She created the comedy website LongAwkwardPose.com. Katie won an American Comedy Award for Best Comedy Screenplay for The Heat in 2014. In 2016 she wrote and acted in Ghostbusters. 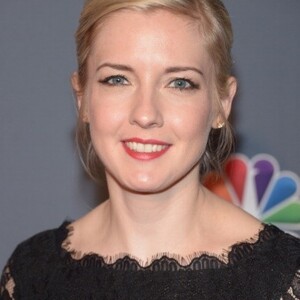