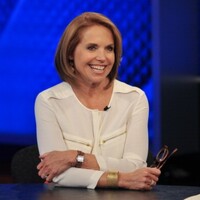 What is Katie Couric's Net Worth and Salary?

Katie Couric is an anchorwoman and journalist who has a net worth of $110 million. Over the course of her career, Katie Couric has become a renowned journalist after working on a wide variety of high profile news shows. She has also acted as a host for her own talk show, Katie.

For much of the mid-t0-late 1990s, Katie Couric's salary was $7 million, which is the same as around $11 million per year today. In December 2001, just two months after the 9/11 attacks which proved to be a keystone moment for the Today Show, Katie signed what was then the largest largest financial deal in television news history, a 4.5-year $60 million contract that came with an average annual salary of $13 million. That's the same as around $19 million today after adjusting for inflation.

In April 2006 Katie announced that she was moving from NBC to CBS. Her new CBS deal paid an average annual salary of $15 million per year.

In 2013 Katie was personally recruited by Yahoo CEO Marissa Mayer to become Yahoo's Global Anchor. Katie's Yahoo contract initially paid $6 million per year and was raised to $10 million in 2015. She exited the Yahoo deal in August 2017 after a four-year run.

Katherine Anne Couric was born on January 7th of 1957 in Arlington, Virginia. Although her mother was Jewish, she was raised in a Presbyterian home. Her father worked as an editor for various news organizations. While in high school, Katie Couric became a cheerleader and acted as an intern for WAVA, a radio station based in Washington, D.C. In 1975, Couric enrolled at the University of Virginia and worked on the school's newspaper. In 1979, she graduated with a bachelor's degree in American Studies.

After graduating, Couric immediately found work at ABC News. She then joined CNN as an assignment editor. In the mid-80s, she had her first real taste as a reporter with a local TV news network in Miami, Florida. She then worked for an NBC-owned TV news network that was local to Washington, D.C., and earned an Emmy and an Associated Press Award.

NBC and The Today Show

The 90s marked the beginning of Couric's career as an anchor. She joined NBC News as a Pentagon correspondent but soon became a substitute anchor. She filled in for anchors on shows like Today, NBC Nightly News, and NBC News at Sunrise, proving her skills and potential. In 1991, Couric became the permanent co-anchor of Today. She later acted as an anchor for Dateline NBC. During the 90s, Couric also hosted several news specials. Starting in the year 2000, Couric also started hosting the Opening Ceremonies of the Olympic Games.

In 2006, Couric announced that she would be leaving NBC to host the news for CBS. She then became the anchor and managing editor of CBS Evening News. In addition, Katie Couric frequently hosted various CBS reports. Although the move was seen as a victory for both Couric and CBS, the channel was still struggling to catch up to the evening news programs broadcast by NBC and ABC. That being said, Couric improved the CBS's ratings after joining. During her time at CBS, Couric covered major news stories such as the 2006 presidential elections, the BP oil spill, the Egyptian revolution of 2011, and the royal wedding of Kate Middleton and Prince William.

Although one of her most well-known interviews was with Sarah Palin in 2008, she also interviewed prominent figures such as Glenn Beck, Michelle Obama, Daniel Radcliffe, Justin Bieber, and many others.

In addition, Couric worked on numerous other projects for NBC, including various episodes of 60 Minutes.

In 2011, Couric left CBS Evening News to join ABC news. This was her second time with the organization, as she had begun her career with the network decades earlier. This time, she joined the news organization with a solid reputation as a journalist and as an anchor. 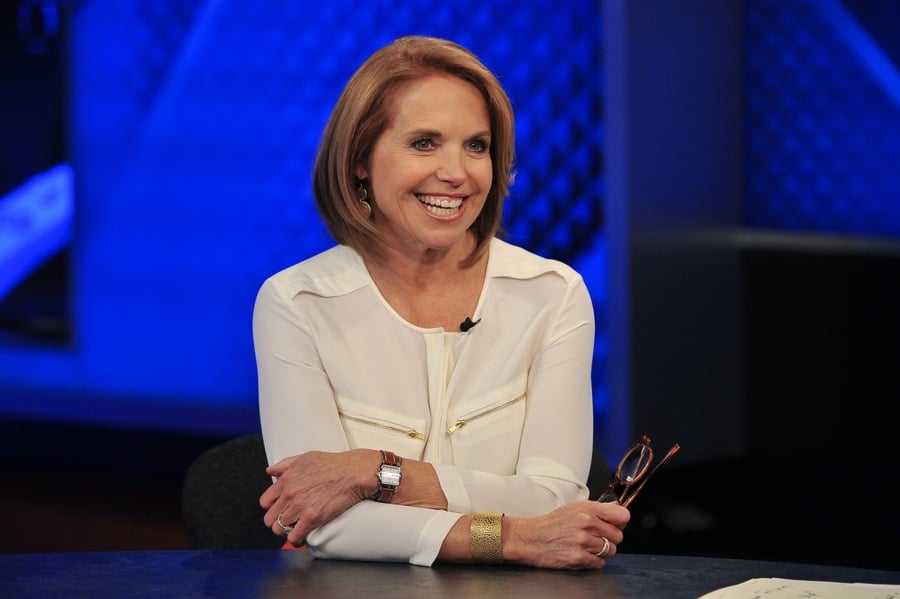 She acted as a special correspondent for the channel, often appearing on shows such as Nightline and Good Morning America. She also co-hosted The View and continued to interview various figures through news specials. She also started a show in collaboration with People Magazine called The Year With Katie Couric, which looks back on the events of the past year.

As part of her contract requirement with ABC, Couric also started hosting her own talk show called Katie. The show ran from 2012 to 2014 and was canceled due to low ratings. In 2013, Katie Couric was hired as the new anchor for Yahoo! News, and she first appeared on the program in 2014. As Yahoo! and ABC expanded their partnership, Couric continued to appear in segments of Good Morning America. After the purchase of Yahoo! By Verizon in 2017, Couric left the news organization.

In 2017, Katie Couric returned to host Today for CBS for one week, in commemoration of Matt Lauer's 20th year as a host for the show. She also started to focus more on her production company, Katie Couric Media. Founded in 2015, the company partners with National Geographic to create various documentaries. Katie Couric also served as executive producer for the show Unbelievable on Netflix.

Katie Couric has appeared in various acting roles over the years. In 2007, she voiced the role of "Katie Current" in the animated film Shark Tale. She also appeared briefly in Austin Powers in Goldmember. Katie Couric often takes cameo roles, and she has appeared on TV shows such as General Hospital, Murphy Brown, Glee, Pawn Stars, and Will & Grace. In addition, Couric has narrated or hosted several documentaries. These include Fed Up, Under the Gun, and America Inside Out With Katie Couric.

Couric has published both non-fiction and children's books over her career. Her children's books include Brand New Kid and The Blue Ribbon Day. In 2011, she published a collection of essays entitled The Best Advice I Ever Received: Lessons from Extraordinary Lives.

In 1989, Katie Couric married John Paul Monahan. They had two daughters together before Monahan passed away from cancer in 1998. In 2001, Couric's sister also died of cancer. Throughout her life, Katie Couric has been extremely involved in cancer research, activism, and charity work.

In 2014, Katie Couric married a financier named John Molner. Molner is a partner at the investment bank Brown Brothers Harriman.

In March 2016 Katie and husband John Molner paid $12.2 million for a condo on NYC's Upper West Side. Simon Cowell also owns a unit in the building.