Katie Aselton Net Worth: Katie Aselton is an American film director, actress, and producer who has a net worth of $12 million. That is a combined net worth with her husband since 2006, fellow actor and "The League" co-star, Mark Duplass.

Katie Aselton was born in Milbridge, Maine in October 1978. She competed in pageants and was named Miss Maine Teen USA in 1995 and Miss Teen USA first runner-up the same year. She studied at the Boston University School of Communications before moving to Los Angeles, California. She also studied at the American Academy of Dramatic Arts in New York. As an actress Aselton made her debut in the TV series Undressed in 2001. Her best known role has come as Jenny in the TV series The League since 2009. She has also starred in the films The Puffy Chair, Other People's Parties, Easier with Practice, Feed the Fish, Cyrus, The Freebie, Our Idiot Brother, Jeff, Who Lives at Home, Treatment, and Black Rock. Aselton wrote, directed, and executive produced the 2010 film The Freebie and the 2012 movie Black Rock.

Katie is married to her The League co-star Mark Duplass and the couple has two children together.

Real Estate: In 2015, Mark and Katie purchased a home in Silver Lake for $4.44 million. Just before this purchase, they sold a home in Los Feliz for $1.95 million. Originally designed by famed architect Barbara Bestor, the Silver Lake home made headlines for being the second-most expensive home in the neighborhood when Duplass snatched it up.

Originally constructed in 2006, the 7,200-square-foot home was once the most expensive residence in Silver Lake when it sold for $3.35 million in 2007. This residence features six bedrooms, a library, a gym, a roof deck, solar panels, and exceptional views of the surrounding area. Outside, there is one-third of an acre of land, which features a pool and grassy lawns.

In 2018, Mark purchased a home in Valley Village, California. He paid $1.75 million for the residence, which spans 3,442 square feet of living space and features four bedrooms. Additional features include a state-of-the-art security system, an outdoor fireplace, a pool, and a spa. Although the property is certainly luxurious, observers quickly determined that this was likely an investment for Duplass rather than a home he intended to live in.

This assessment was proven correct in 2019 when he sold his Valley Village home after just one year. Mark and his wife managed to sell the property for $1.925 million, which resulted in a profit of about $175,000. Not bad for an investment of less than one year.

Just one year later, the couple aimed to offload their other property in Silver Lake. Duplass and Aselton listed the property for $6.75 million, which would represent a multi-million dollar profit margin if they manage to flip it. As of this writing, the couple was still looking for a buyer. 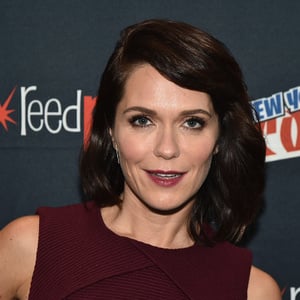