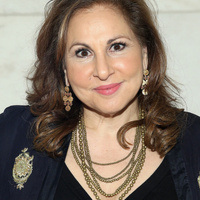 Kathy Najimy net worth and salary: Kathy Najimy is an American actress and comedian who has a net worth of $8 million. Born in San Diego, California, Kathy Najimy began acting in the mid-80s, appearing in a number of film productions, including "Walls of Glass", "Soapdish", "The Hard Way", and "The Fisher King". She first came to widespread attention with her scene-stealing performance in "Sister Act". From there, she moved on to more high profile movie roles in such projects as "Sister Act 2", "Hocus Pocus", and "Jeffrey". Since the mid-90s, she has gone back and forth between film, television, theater, and voiceover work. She has appeared in such films as "Nevada", "Hope Floats", "Rat Race", and "The Wedding Planner". She has played starring, supporting, or recurring roles on such television programs as "Early Edition", "Hercules", "That's So Raven", "The Suite Life of Zack & Cody", "Ugly Betty", "Desperate Housewives", and "Veronica's Closet". She co-created, starred in, and/or directed the hit plays, "Kathy & Mo" and "Back to Bacharach & David", and has provided character voices for "Cats Don't Dance" and "WALL-E", among other projects.