Kathy Kinney net worth: Kathy Kinney is an American actress and comedian who has a net worth of $5 million. Kathy Kinney was born in Stevens Point, Wisconsin in November 1954. Kinney is best known for playing the role of Mimi Bobeck in the TV series The Drew Carey Show. She worked as a secretary at WCBS-TV and performed in comedy clubs and then starting teaching improv classes.

Her first role came in the movie Parting Glances in 1986. From 1989 to 1990 she starred as Miss Goddard in the TV series Newhart. Her best known role came starring as Mimi Bobeck in The Drew Carey Show from 1995 to 2004. From 2009 to 2013 Kinney starred as Bunny in the TV series The Secret Life of the American Teenager. She has also starred in the films Scrooged, Arachnophobia, The Linguini Incident, Picking Up the Pieces, and Lenny the Wonder Dog. Kinney has also appeared in episodes of the TV series The Larry Sanders Show, Step by Step, Seinfeld, Full House, Boy Meets World, The New Adventures of Superman, Coach, General Hospital, The Hughleys, Norm, and My Name is Earl. She won a TV Land Award in 2008 for Co-Worker You're Least Likely to Invite Out for Happy Hour for The Drew Carey Show. 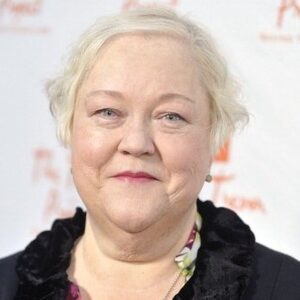