Kathy Baker Net Worth: Kathy Baker is an American actress who has a net worth of $2 million. Kathy Baker was born in Midland, Texas in June 1950. She studied at the California Institute of the Arts and UC Berkeley. Kathy started acting at the Magic Theatre in San Francisco.

She won an Obie Award for her off-Broadway role in Fool for Love in 1983. Her first film role came the same year in The Right Stuff. Baker starred as Dr. Jill Brock in the TV series Picket Fences from 1992 to 1996. She starred as Meredith Peters in the series Boston Public from 2001 to 2002. Kathy had a recurring role as Marjorie Dubois in the series Medium from 2005 to 2010. She starred as Sheila Kowalski in the series Against the Wall in 2011 and as Marie Burgess in the series Those Who Kill in 2014. Baker has starred in more than 50 movies including Street Smart, Edward Scissorhands, The Cider House Rules, Cold Mountain, Nine Lives, The Jane Austen Book Club, Last Chance Harvey, Take Shelter, Saving Mr. Banks, Return to Zero, and Boulevard. Baker won a Golden Globe Award in 1994 for Best Performance by an Actress in a TV-Series – Drama for Picket Fences. She won Primetime Emmy Awards in 1993, 1995, and 1996 for Outstanding Lead Actress in a Drama Series for Picket Fences. She also won a Screen Actors Guild Award in 1995. Kathy married Steven Robman in 2003 and has two children with her ex-husband Donald Camillieri. 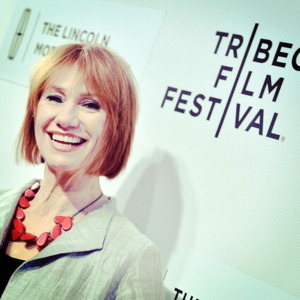