Kathryn McCormick Net Worth: Kathryn McCormick is an American dancer and actress who has a net worth of $200 thousand dollars. Born in Augusta, Georgia, in 1990, Kathryn McCormick started dancing at her mother's local dance studio when she was a toddler. When she was 18 years old, she moved to Los Angeles to pursue show business and appeared in the 2009 film "Fame".

That year, she achieved her major break as she was cast on the sixth season of "So You Think You Can Dance". McCormick finished third in the competition and was the last woman standing from her season. Since then, she's appeared on seasons seven, eight, nine, and ten as an all-star. McCormick's appearance on the show led to parts in 2012's "Step Up Revolution" and 2014's "Dance-Off" as Jasmine. She scored the leading role as Stacey Logan on TV's "Chasing 8s" in 2012 and performed twice on ABC's "Dancing with the Stars". She has appeared in a handful of music videos and commercials, including 2010's "Jar of Hearts" with Christina Perri, 2011's "My Favorite Things" with Lea Michele, 2011's "Venus" with Jennifer Lopez, 2012's "She Breaks" with Vienne, and 2012's "Hands in The Air" with Timbaland and Ne-Yo for "Step Up Revolution". 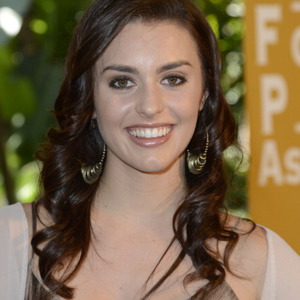