Kathryn worked as a street performer at Disney World in Orlando, Florida. She moved to Hollywood, California in 1995. Her first appearance came in the 1984 film Grandview, U.S.A. Joosten had over 100 acting credits to her name. Her best known roles were starring as Dolores Landingham on the TV series The West Wing from 1999 to 2002 and as Karen McCluskey on the series Desperate Housewives from 2005 to 2012. Joosten has recurring roles on the TV series Dharma and Greg, Scrubs, General Hospital, and Joan of Arcadia. She also starred in the movies Breaking Dawn, Cheaper by the Dozen 2, Wedding Crashers, and Alvin and the Chipmunks: The Squeakquel. Joosten won Primetime Emmy Awards in 2005 and 2008 for Outstanding Guest Actress in a Comedy Series for Desperate Housewives. Kathryn Joosten passed away on June 2, 2012 of lung cancer at age 72. 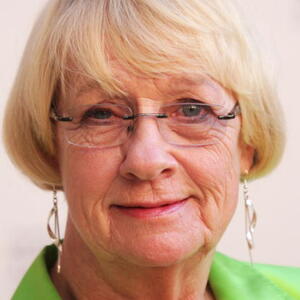