Kathryn Hahn net worth: Kathryn Hahn is an American actress who has a net worth of $2 million dollars. Kathryn Hahn was born in Westchester, Illinois, and went on to earn a degree in Theater from Northwestern University. From there, she earned an MFA from the Yale University School of Drama.

She made her professional on-camera debut on a children's program, and then got her big break, when she caught the eye of an NBC casting director who introduced to the creator/producer of the show, "Crossing Jordan". A part was developed specifically for her, and she appeared on the show from 2001-2006. She has gone back and forth between film and television work steadily since then, appearing in such projects as "How to Lose a Guy in 10 Days", "Win A Date with Tad Hamilton", "Anchorman: The Legend of Ron Burgundy", "A Lot Like Love", "The Holiday", "Four Kings", "Revolutionary Road", "Hung", "Mad Love", "Wanderlust", "Parks and Recreation", "The Newsroom", "We're the Millers", and "The Secret Life of Walter Mitty". 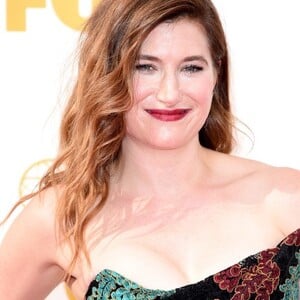