Kathryn Erbe net worth and salary: Kathryn Erbe is an American actress who has a net worth of $8 million dollars. Born in Newton, Massachusetts, Kathryn Erbe graduated from New York University in the late 80s. She began acting professionally while she was still in college, appearing on the television show, "Chicken Soup" opposite Lynn Redgrave.

She then went on to appear in numerous acclaimed productions with the Steppenwolf Theatre Company in Chicago, and received a Tony nomination for her performance in 1991's "The Speed of Darkness". She also began adding film projects to her resume in the early 90s, playing co-starring or supporting roles in such films as, "What About Bob", "D2: The Mighty Ducks", "Kiss of Death", and "Dream with the Fishes". She also appeared on such shows as, "Homicide: Life on the Street" and "Oz". In 2001, she was cast in the role that would bring her the most widespread fame, as Detective Alexandra Eames on "Law and Order: Criminal Intent". 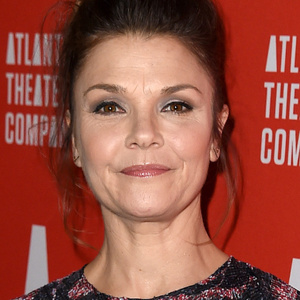