Kathryn Crosby Net Worth: Kathryn Crosby is an American actress and singer who has a net worth of $20 million. Kathryn Crosby was born in Houston, Texas in November 1933. Kathryn graduated from the University of Texas at Austin in 1955 and became Bing Crosby's second wife in 1957. Kathryn appeared in many films uncredited in the mid to early 1950s.

From 1955 to 1957 she appeared on the TV series The Ford Television Theatre. She starred in the movies Storm Centre, Reprisal!, The Wild Party, Mister Cory, The Guns of Fort Petticoat, The Night the World Exploded, Operation Mad Ball, The Brothers Rico, Gunman's Walk, The 7th Voyage of Sinbad, Anatomy of a Murder, The Big Circus, and Queen of the Lot. She also hosted The Kathryn Crosby Show in San Francisco in the mid-1970s. She hosted the Crosby National Golf Tournament and has a bridge over the Yadkin River named after her. Crosby was injured in an automobile accident in 2010 that killed her second husband. 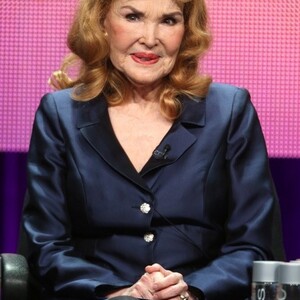