What is Kathleen Turner's Net Worth?

Kathleen Turner is an actress who has a net worth of $20 million. Kathleen Turner rose to stardom in the 80s with her performances in such films as "Body Heat," "Crimes of Passion," "Romancing the Stone," "Prizzi's Honor," and "Peggy Sue Got Married." She went on to appear in movies including "Serial Mom," "The Virgin Suicides," and "The Perfect Family," as well as on television shows such as "Friends," "Californication," and "The Kominsky Method." Turner has also acted frequently on stage, with credits including "Cat on a Hot Tin Roof" and "Who's Afraid of Virginia Woolf?"

Kathleen Turner was born on June 19, 1954 in Springfield, Missouri, the third of four children of Patsy and Allen. Raised in a strict Christian household, Turner was discouraged from performing early on. The family moved around frequently due to Allen's employment in the US Foreign Service. As a result, Turner grew up overseas in places such as Canada, Venezuela, Cuba, and England. In the latter, she went to the American School in London, from which she graduated in 1972. Around this time, her father passed away; subsequently, the family returned to Springfield, Missouri, where Turner volunteered at a Planned Parenthood office.

She went on to attend Southwest Missouri State University, studying theater for two years. Turner then transferred to the University of Maryland, Baltimore County, where she obtained her BFA in 1977.

Following her college graduation, Turner moved to New York City. She subsequently took over the female lead role in the play "Mister T," which marked her off-Broadway debut. Some months later, Turner made her Broadway debut in Albert Innaurato's "Gemini."

In 1986, Turner had one of her most acclaimed roles in Francis Ford Coppola's fantasy dramedy "Peggy Sue Got Married," for which she earned an Academy Award nomination for Best Actress. She went on to star in "Julia and Julia," "Switching Channels," "The Accidental Tourist," and "The War of the Roses." Turner also voiced Jessica Rabbit in the live-action/animated mystery film "Who Framed Roger Rabbit." 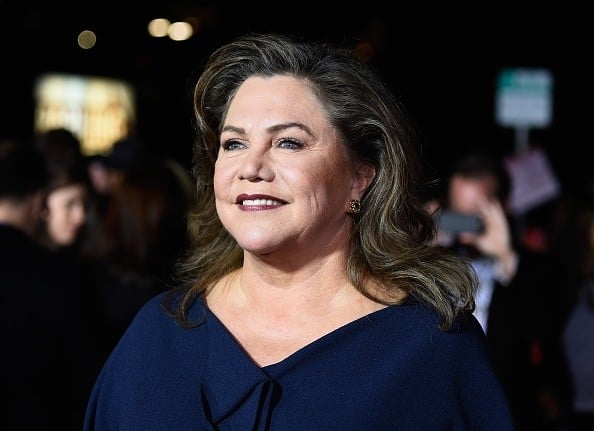 Turner continued to take on major leading roles in the early 90s, with credits including "V.I. Warshawski," "House of Cards," and "Undercover Blues." However, her rheumatoid arthritis soon began restricting her abilities, and her acting career took a decline. Despite this, Turner still managed to appear in a number of films, notably John Waters' 1994 black comedy "Serial Mom." She subsequently had roles in "Moonlight and Valentino," "A Simple Wish," "The Real Blonde," "Love and Action in Chicago," "The Virgin Suicides," and "Baby Geniuses." In 2000, Turner was in "Beautiful" and "Prince of Central Park." With her rheumatoid arthritis going into remission some years later, she returned to the big screen in 2006 with a voice role in the animated film "Monster House." Subsequent credits include "Marley & Me," "The Perfect Family," "Nurse 3D," and "Dumb and Dumber To."

In 1978, Turner made her television debut on the NBC daytime soap opera "The Doctors," playing the second Nola Dancy Aldrich. She didn't return to television until 1994, when she voiced the character Stacy Lovell in an episode of "The Simpsons." This was followed by a series of television movies such as "Friends at Last," "Legalese," and "Cinderella." Turner had more roles in the 00s thanks to the remission of her rheumatoid arthritis. Early in the decade, she lent her voice to a few episodes of "King of the Hill," and guest-starred as a drag performer on "Friends." In 2006, she appeared in episodes of "Law & Order" and "Californication." Subsequent credits were "The Path," "Family Guy," "Lovestruck," "Heartstrings," and "Rick and Morty."

In 2019, Turner had a guest role on the Netflix series "The Kominsky Method"; she later became a main cast member in 2021. Between those years, Turner appeared in an episode of "Mom," and lent her voice to the animated series "Summer Camp Island" and "Wizards: Tales of Arcadia."

Following her theatrical breakthrough in 1978's "Gemini," Turner focused primarily on film and television. She returned to the stage in 1990 with a starring role as Maggie in a Broadway revival of "Cat on a Hot Tin Roof"; for her performance, she received her first Tony Award nomination. Five years later, Turner played Yvonne in "Indiscretions." In 2000, she moved to London to star in a stage adaptation of "The Graduate." Returning to Broadway, she found great success playing Martha in a revival of "Who's Afraid of Virginia Woolf?," for which she earned her second Tony nomination. Among Turner's other credits are productions of "The Third Story," "Red Hot Patriot: The Kick-Ass Wit of Molly Ivins," "High," "The Killing of Sister George," "Mother Courage and Her Children," "The Year of Magical Thinking," and "An Act of God."

In 1984, Turner wed real estate entrepreneur Jay Weiss, with whom she had a daughter named Rachel. The pair divorced in 2007.

In addition to her many years struggling with rheumatoid arthritis, Turner also developed an addition to alcohol. In 2002, she was admitted to a treatment center in Pennsylvania to help her recover.