Kathleen Kinmont net worth: Kathleen Kinmont is an American actress who has a net worth of $3 million. Kathleen Kinmont was born in Los Angeles, California in February 1965. She is known for starring in horror films. From 1992 to 1996 she starred as Cheyenne Phillips / Ms Apache on the television series Renegade. Kinmont has appeared in several films including Hardbodies, Fraternity Vacation, Phoenix the Warrior, Halloween 4: The Return of Michael Myers, Midnight, Snake Eater II: The Drug Buster, Bride of Re-Animator, Final Impact, CIA Code Name: Alexa, CIA II: Target Alexa, That Thing You Do!, Stranger in the House, Gangland, Lime Salted Love, and more.

She has also appeared in episodes of the TV series Dallas, Santa Barbara, Baywatch, Silk Stalkings, Days of Our Lives, and more. She has been married three times including to Lorenzo Lamas and Jere Burns. Kinmont has also worked as a director, writer, and producer. 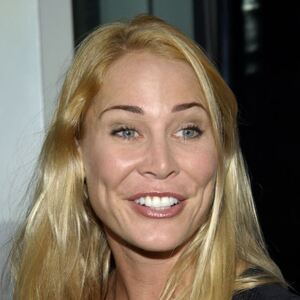