Katherine Moennig Net Worth: Katherine Moennig is an American actress who has a net worth of $2 million. Katherine Moennig was born in Philadelphia, Pennsylvania in December 1977. Her cousins are actress Gwyneth Paltrow and director Jake Paltrow. At 18 Katherine moved to New York City and studied at the American Academy of Dramatic Arts. She starred in a video for the band Our Lady Peace and appeared in a Fleet Bank commercial and in a Red Cross campaign. Her first role came starring as Jacqueline "Jake" Pratt in the TV series Young Americans in 2000. One of her best known roles came as Shane McCutcheon in the TV series The L World from 2004 to 2009. Moennig starred as Dr. Miranda Foster in the series Three Rivers from 2009 to 2010. Since 2013 she has starred as Lena in the series Ray Donovan. She has also starred in the movies Love the Hard Way, The Shipping News, Invitation to a Suicide, Art School Confidential, Everybody's Fine, The Lincoln Lawyer, and Gone. She was an ambassador for the tomboy clothing brand Wildfang which launched in America in 2013. Katherine designed a limited edition pair of boots for the brand. 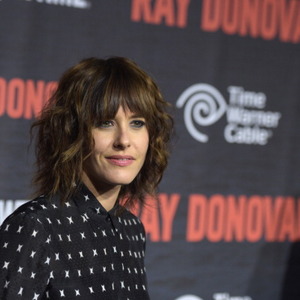