She then danced with the Karole Armitage Ballet and Salt Lake City's Ballet West. She assisted with choreography for the film Rooftops in 1989. In 1990 she made her film debut in the movie Catchfire. Katherine has appeared in the TV shows Seinfeld, 3rd Rock from the Sun, Touched by an Angel, and The Practice. From 2001 to 2002 she starred as Bess on the series Three Sisters. She has had recurring roles on NYPD Blue, Miss Match, The Guardian, Judging Amy, Love Monkey, Justice, 12 Miles of Bad Road, Big Love, The Defenders, Two and a Half Men, Deception, and Longmire. She has starred in the films Kiss & Tell, Schizopolis, Alfie, The Lucky Ones, Valentine's Day, The Campaign, and The Frozen Ground. Katherine married actor Grant Show in 2012 and has previously been married to actors Dennis Hopper and French Stewart. She has two children. 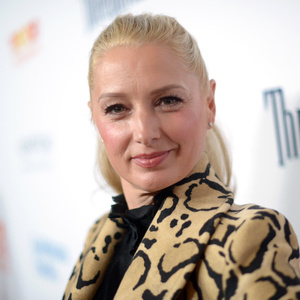