How much is Katherine Heigl Worth?

Katherine Heigl Net Worth and Salary: Katherine Heigl is an Emmy-winning American actress and producer who has a net worth of $30 million. Heigl is best known for her role as Dr. Izzie Stevens on the hit ABC medical drama "Grey's Anatomy," which she starred on from 2005 to 2010. Katherine got her start as a child model with the world-famous Wilhelmina Modeling Agency when she was 9 years old. She made her acting debut in the 1992 film "That Night," and her first lead role came in the 1994 comedy "My Father the Hero." She also played Isabel Evans on The WB/UPN television series "Roswell" (1999–2002) and has appeared in several films, including "Knocked Up" (2007), "27 Dresses" (2008), and "The Ugly Truth" (2009).

Early Life: Katherine Heigl was born Katherine Marie Heigl in Washington, D.C., on November 24, 1978. She grew up in New Canaan, Connecticut, with mother Nancy (a personnel manager), father Paul (an accountant and financial executive), and older siblings Jason, Meg, and Holt. Sadly, Jason passed away in September 1986, a week after sustaining injuries in a car accident; his tragic death inspired Nancy, a Lutheran, and Paul, a Catholic, to convert to Mormonism, and Heigl was raised in the religion from the age of 8.

Katherine started modeling at 9 years old after her aunt sent pictures of her to Wilhelmina Models. She began appearing in magazine ads and Sears and Lord & Taylor catalogs, and TV commercials and films soon followed. While attending New Canaan High School, Heigl sometimes had to miss up to three months of school to film movies, but she tried to fit her film and modeling work into weekends and holidays when possible. In 1996, Katherine's parents split up, and Nancy was diagnosed with breast cancer; after undergoing nine months of chemotherapy, she became Katherine's manager. The following year, Heigl and her mother moved to Los Angeles, and she finished high school there

Career: Katherine made her big screen debut in 1992's "That Night" and followed it with 1993's "King of the Hill." In 1994, she co-starred with Gérard Depardieu in "My Father the Hero," which earned her a Young Artist Award nomination, then appeared in box office hit ($105 million) "Under Siege 2: Dark Territory" in 1995. Heigl then starred in television movies "Wish Upon a Star" (1996) and "The Tempest" (1998) and tried her hand at horror in 1998's "Bride of Chucky." In 1999, she was cast in the science fiction TV series "Roswell," appearing in 61 episodes over the show's 3-season run. Her performance as alien-human hybrid Isabel Evans earned Katherine nominations from the Saturn Awards and Teen Choice Awards. While starring on "Roswell," Heigl filmed the movies "100 Girls" (2000) and "Valentine" (2001). Katherine had a very busy 2003, appearing in made-for-TV movies "Critical Assembly," "Love Comes Softly," "Evil Never Dies," and "Wuthering Heights" as well as the film "Descendant," and she soon starred in "Love's Enduring Promise" (2004), "Romy and Michele: In the Beginning" (2005), and "The Ringer" (2005).

Personal Life: Katherine married singer Josh Kelley on December 23, 2007; the two met when Heigl appeared in his 2005 music video "Only You." The couple adopted daughter Naleigh from South Korea in 2009 and daughter Adalaide from America in 2012, Katherine gave birth to son Joshua in December 2016. Naleigh was born with a congenital heart defect, but she had open-heart surgery to repair it before leaving South Korea. Heigl and her mother founded the Jason Debus Heigl Foundation, an animal welfare charity, in 2008. Katherine received the ASPCA's Presidential Service Award in 2010, and she was honored by the American Cancer Society and the Congressional Coalition on Adoption Institute in 2012. 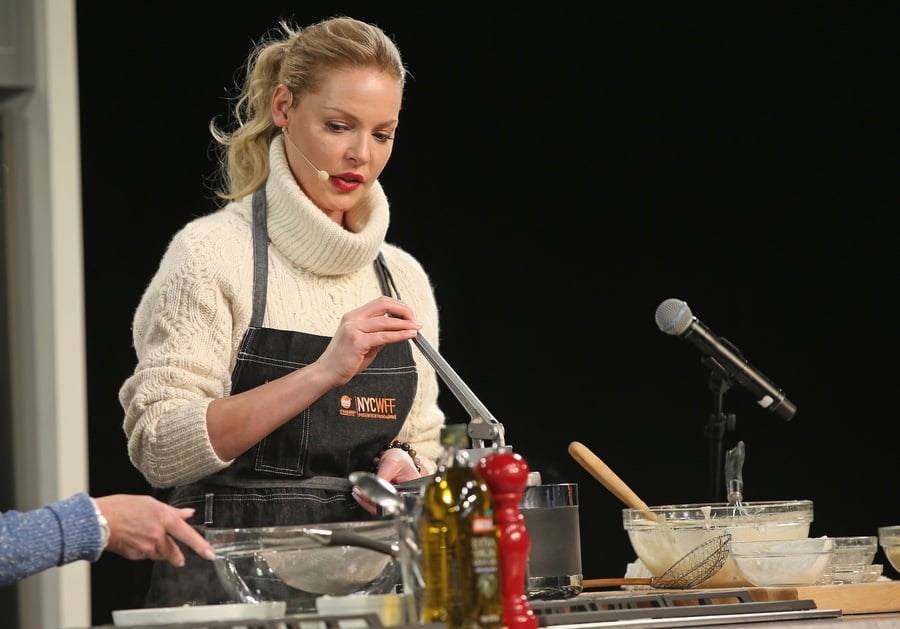 Awards and Honors: In 2007, Heigl won an Emmy for Outstanding Supporting Actress in a Drama Series for "Grey's Anatomy." The show also earned her People's Choice Awards for Favorite Female TV Star (2008) and Favorite TV Drama Actress (2010) as well as a ShoWest Award for Female Star of the Year (2010), and she shared a 2007 Screen Actors Guild Award and 2006 Satellite Award with her castmates. The Character and Morality in Entertainment Awards honored the cast of "Love Comes Softly" and "Love's Enduring Promise" with Camie Awards in 2003 and 2005, respectively.

Salary Highlights: At the prime of her career, Katherine was one of the highest-paid actresses on the planet. After earning $6 million for both "27 Dresses" and "The Ugly Truth", her salary doubled to $12 million for "Killers" and "Life as we Know It". For the 2012 movie "One for the Money" she earned a career-high $15 million.

From these five roles alone, Katherine earned $51 million in base salaries. 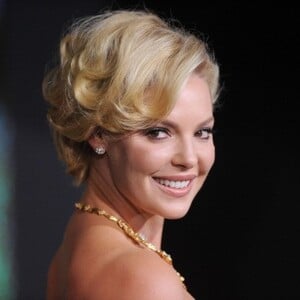