Katharine Towne Net Worth and Salary: Katharine Towne is an American actress who has a net worth of $2 million. Katharine Towne was born in Hollywood, California in July 1978. Katherine is the daughter of actress Julie Payne and screenwriter, actor, director Robert Towne. Her first film role came in the 1998 movie Girl. She starred in the 1999 TV movie Mulholland Dr. and appeared in an episode of Buffy the Vampire Slayer. In 2000 she had a recurring role as Riley Veatch on the series M.Y.O.B. In 2007 Katharine starred as Mason in the TV series Tell Me You Love Me. She has starred in the movies She's All That as Savannah, Go as Becky, But I'm a Cheerleader as Sinead, The Bachelor as Monique, The In Crowd as Morgan, What Lies Beneath as Caitlin Spencer, Town & Country as Holly, Mulholland Drive as Cynthia Jenzen, Evolution as Nadine, The Anarchist Cookbook as Jody, Scream at the Sound of the Beep as Samantha, Sol Goode as Chloe, Easy Six as Sally Iverson, LD 50 Lethal Dose as Helen, Barry Dingle as Joanna Wojohowsky, Something New as Leah Cahan, Looking for Sunday as Elizabeth, Blades of Glory as Female Sex Addict, Amar as Diane, Blur as Sarah, and Beauty and the Least: The Misadventures of Ben Banks as Erin Parker.

Katherine was married to fellow actor Charlie Hunnam from 1999 to 2002. They married when he was 18 and she was 20 while on a trip to Las Vegas. They had only known each other for three weeks. They met at a Dawson's Creek audition. Years later Charlie would describe their marriage as "three terrible, painful, expensive years." 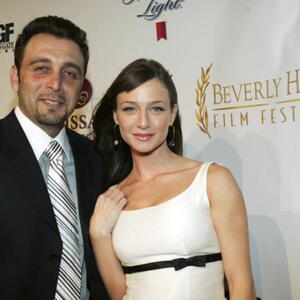