Isabelle has over 100 acting credits to her name. She made her debut in 1989 when he starred in the movies Cousins, Cold Front, The Last Winter, and Immediate Family. In 1979 he had a recurring role in the TV series Madison. In 2011 Isabelle starred as Danni in the series Endgame. Since 2013 she has starred as Suzanna Waite in the TV series Being Human. Katharine also starred as Margot Verger in the TV series Hannibal in 2014. She has also starred in the movies Knight Moves, Disturbing Behavior, Snow Day, Ginger Snaps, Josie and the Pussycats, Bones, Turning Paige, Insomnia, Freddy vs. Jason, Falling Angels, The Last Casino, Show Me, Another Cinderella Story, Frankie and Alice, American Mary, 13 Eerie, Torment, Laurence & Holloman, and See No Evil 2. Her role as Mary mason in American Mary earned her a Festival Trophy Award, Special Award, Fright Meter Award, and Fangoria Chainsaw Award. She was also nominated for a Leo Award for Best Supporting Performance by a Female in a Motion Picture for Laurence & Holloman. 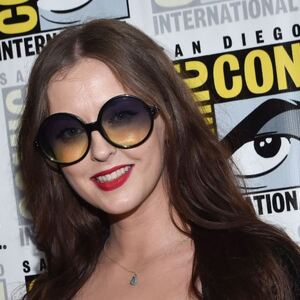