Kath Soucie net worth: Kath Soucie is an American voice actress who has a net worth of $11 million. Although not a household name, Soucie has accumulated her net worth through many years in the industry, giving voice to some of the most beloved cartoon characters of the last 30 years. Just some of the characters that Soucie has either originated or provided the voice for in modern incarnations include mischievous Rugrats twins Phil and Lil, Winnie the Pooh's marsupial matriarch Kanga, Bugs Bunny's female counterpart Lola Bunny, Pepe Le Pew's youngling Fifi La Fume on Tiny Toons, sexy sorceress Morgana on Darkwing Duck, and many more. Born in New York City, Soucie's characterizations are often marked by a strong sense of naiveté and innocence, although her wide vocal range allows her to play many different types of characters than just that. She has even voiced an impressive number of male characters throughout her career. She is also often cast as characters with a strong foreign accent such as the French Fifi La Fume, who speaks in an exaggerated French accent like her forbear Pepe LePew, and which she has demonstrated herself to be quite capable in capturing effectively in front of the microphone. 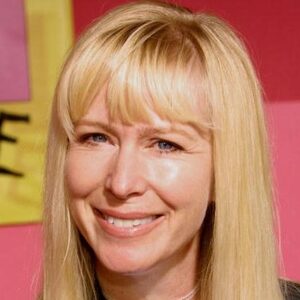