Katee Sackhoff net worth and salary: Katee Sackhoff is an American actress who has a net worth of $4 million dollars. Born in Portland, Oregon, Katee Sackhoff graduated from Sunset High School in Oregon, where she focused on competitive swimming. A knee injury ended her professional swimming aspirations, and she shifted her focus to acting.

She made her professional acting debut just after graduating from high school, when she was cast in the television movie, "Fifteen and Pregnant". After shooting the project, she moved to Los Angeles to focus on acting full-time. She appeared in a string of short-lived television series throughout the late 90s and early 2000s, before being cast in the role that would bring her the most widespread fame, as Kara "Starbuck" Thrace on the reboot of "Battlestar Galactica". The series ran for five seasons. She has guest starred on such television shows as "Cold Case", "Robot Chicken", "Nip/Tuck", and "The Big Bang Theory", and has played starring or recurring roles on "Bionic Woman" and "24". From 2012 – 2017 she appeared on the series "Longmire". In 2019 she debuted in the Netflix series "Another Life". 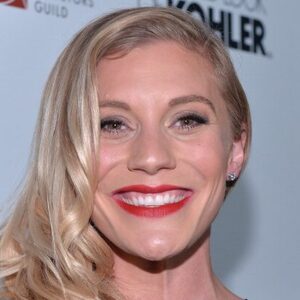