Kate Siegel net worth: Kate Siegel is an American actress and screenwriter who has a net worth of $3 million. Kate Siegel was born in Silver Spring, Maryland in August 1982. Her husband is director Mike Flanagan and she has often worked with him. As an actress she starred as Theodora Crain on the television series The Haunting of Hill House in 2018.

Siegel has starred in several films including Steam, Wedding Day, Man Camp, Oculus, Hot, Hush, Ouija: Origin of Evil, and Gerald's Game. She has appeared in episodes of the TV series Ghost Whisperer, Numbers, The Unknown, Castle, Where Would We Be, and Mob City. Kate Siegel wrote the 2016 film Hush. She has also starred in several shorts including Knocked Down, Puke in My Mouth, The Collector, Dead Room: Origins, The Program, and Wine Jabs. Siegel has been nominated for Best Actress for Hush at the BloodGuts UK Horror Awards, Fangoria Chainsaw Awards, Fright Meter Awards, and iHorror Awards. 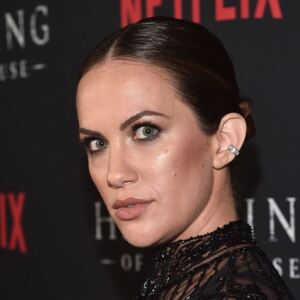