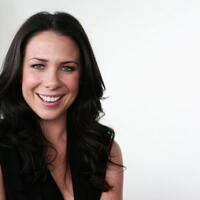 Kate Ritchie net worth: Kate Ritchie is an Australian actress who has a net worth of $4 million dollars. Kate Ritchie was born in Goulburn, New South Wales, Australia, and began acting when she was in elementary school. She made her debut as Molly in the mini-series, "Cyclone Tracy". From there, she was cast on the popular long-running soap opera, "Home and Away". She appeared on the show for the next ten years, winning multiple awards for her work, including two Logie Awards. In addition to her work on "Home and Away", she has also appeared in such projects as "It Takes Two", "Underbelly: A Tale of Two Cities", "Cops L.A.C.", "Don't Tell the Bride", "Mr and Mrs Murder", and "It's a Date". She has also hosted multiple television programs, and a radio show called the "Merrick & Rosso and Kate Ritchie Show". After taking a few years away from "Home and Away", she returned to the series in 2013.