Kate Nauta Net Worth: Kate Nauta is an American model, actress, and singer who has a net worth of $500 thousand. Kate Nauta was born in Salem, Oregon in April 1982. She is known by the name Katie as a model but Kate in film. She started as a model at 15 years old.

Kate won the U.S. elite Model Look contest at 17 and competed in the finals in France in 1999. Nauta has modeled for L'Oreal, DKNY, Versace, and Abercrombie & Fitch Co. She is modeled by Mode Models International and has also appeared for Motorola. As a singer she has worked with Lenny Kravitz and she has a song "Revolution" on the Transporter 2 soundtrack. She is also featured in the song "Name Game (Remember)" by Naughty by Nature. Her first film appearance came starring as Lola in Transporter 2 in 2005. In 2007 she starred as Tatianna in The Game Plan. She starred in the movies The Good Guy, The Bar, and Nine Miles Down in 2009 and had a recurring role as Jackie in the TV series Fear Clinic. In 2010 she starred in The Somnambulist and Choose. Nauta starred in the short Eden and the movie Crew 2 Crew in 2012 and the movies Avalanche Sharks and And Then There Was You in 2013. She also starred as Dani in the 2014 film 37. 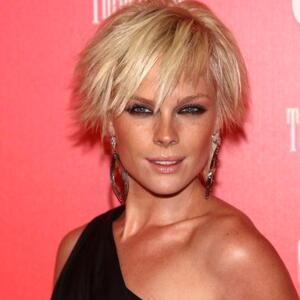