Kate Mulgrew net worth: Kate Mulgrew is an American actress who has a net worth of $8 million dollars. Kate Mulgrew was born in Dubuque, Iowa, and went on to attend the Stella Adler Conservatory of Acting and New York University. She left school after one year to focus on her acting career.

She began her professional career in the mid-70s, with a starring role on the soap opera, "Ryan's Hope". From there, she went on to appear in both film and television projects, including "Dallas", "Mrs. Columbo", "A Time for Miracles", "Lovespell", "St. Elsewhere", "Cheers", "A Stranger is Watching", "Remo Williams: The Adventure Begins", "Murder, She Wrote", "Roots: The Gift", ""Throw Momma from the Train", "Heartbeat", "Man of the People", "Murphy Brown", and "Camp Nowhere". In 1995, she was cast in the role that would make her a household name, as Captain Kathryn Janeway on "Star Trek: Voyager". In addition to her television and film roles, she has also enjoyed a successful career in major regional theater productions. 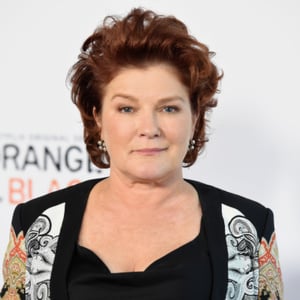