What is Kate Mara's Net Worth and Salary?

Kate's great-grandfathers are Tim Mara and Art Rooney, Sr., the founders of the New York Giants and the Pittsburgh Steelers, respectively. Members of her extended family still own and operate the two teams. Through the ownership of these two NFL teams, the extended Rooney and Mara families are worth billions.

Kate Mara was born Kate Rooney Mara on February 27, 1983, in Bedford, New York. Her father, Timothy, is an NFL scout and vice president of player evaluation for the New York Giants, and her mother, Kathleen, is NFL royalty as a member of the family that owns the Pittsburgh Steelers. Kate has three siblings, Daniel, Conor, and Patricia (better known as Oscar-nominated actress Rooney Mara). Kate appeared in a school musical at the age of 9 and went on to act in community theater productions and study at theater-arts schools. Mara attended Fox Lane High School, graduating after just three years, and though she had planned to study musical theater at New York University's Tisch School of the Arts, she never attended, choosing to focus on her acting career instead.

Kate made her television debut in a 1997 episode of NBC's "Law & Order," and she first graced the big screen in 1999, appearing in "Joe the King" and "Random Hearts." She guest-starred on ABC's "Madigan Men" and NBC's "Ed" in 2000 and "Law & Order: Special Victims Unit" in 2001. In 2003, Mara appeared in two episodes of The WB's "Everwood" and four episodes of Ryan Murphy's "Nip/Tuck" as well as episodes of "Cold Case" and "Boston Public." Kate landed her first lead role in 2004, in the TV movie "Prodigy," which was nominated for a Young Artist Award for Best Family Television Movie or Special. That year, she also guest-starred on "CSI: Miami" and "CSI: Crime Scene Investigation" and appeared in the short film "Time Well Spent."

In 2005, Mara appeared in six episodes of The WB's "Jack & Bobby," and the following year, she had a recurring role as computer analyst Shari Rothenberg on the popular Fox drama "24." During that time, she also appeared in horror movie "Urban Legends: Bloody Mary," Oscar-winning drama "Brokeback Mountain," and football biopic ""We Are Marshall" as well as the "The Californians," "Zoom," and "Fireflies." Kate appeared in 2007's "Full of It" and "Shooter" and 2008's "Transsiberian" and "Stone of Destiny" before landing a recurring role on HBO's "Entourage" in 2009. In 2010, Mara starred in "Happythankyoumoreplease" (which was written and directed by Josh Radnor of "How I Met Your Mother"), co-starred with James Franco in the biographical drama "127 Hours," and played a U.S. Marshal in the blockbuster "Iron Man 2." She reunited with Ryan Murphy in 2011, playing the murdered mistress of Dylan McDermott's Dr. Ben Harmon on eight episodes of "American Horror Story: Murder House." The following year, Kate began playing reporter Zoe Barnes on the award-winning political drama "House of Cards," appearing in 14 episodes. 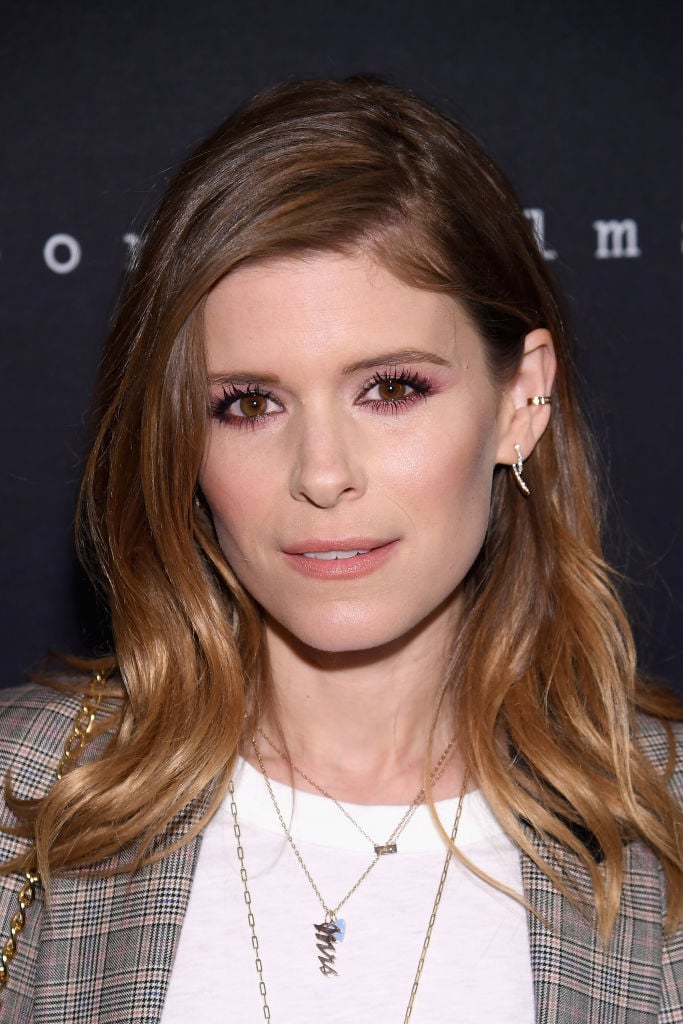 In 2014, Mara co-starred with Johnny Depp and Morgan Freeman in the science fiction film "Transcendence," and in 2015, she portrayed Sue Storm/the Invisible Woman in "Fantastic Four," played real-life hostage Ashley Smith in "Captive," and appeared in Ridley Scott's "The Martian," which grossed "$630.2 million" at the box office. In 2017, Kate played a U.S. Marine the biographical drama "Megan Leavey," which earned a Truly Moving Picture Award at the Heartland Film Festival, and she produced and starred in "My Days of Mercy." She teamed up with Ryan Murphy again in 2018, playing Patty Bowes on six episodes of "Pose," and that year, she also portrayed Mary Jo Kopechne in the biographical film "Chappaquiddick." Mara is set to appear in the miniseries "A Teacher," which she also produced, in 2020.

Kate began a relationship with Jamie Bell, her "Fantastic Four" co-star, in 2015, and they became engaged in January 2017. Kate and Jamie married in July 2017, and they welcomed a daughter in May 2019; Mara is also stepmother to Bell's son with actress Evan Rachel Wood. Kate is a vegan and animal lover, and she appeared in a 2015 "Meatless Monday" campaign video for the Humane Society of the United States. It should be no surprise that Mara is a football fan, supporting both the Steelers and the Giants, and she has sung the national anthem at games for both teams.


Kate and her sister Rooney come from a very wealthy and distinguished American family with a history of involvement in a range of high-profile entrepreneurial ventures. Collectively, the group is known as the "Rooney and Mara business family." One of her great grandfathers founded and owned the New York Giants and her other great grandfather founded and owned the Pittsburgh Steelers. Today their extended family members are worth several billion dollars thanks to their ownership stakes in these two teams.

Kate and Rooney's father serves as vice president of player personnel for the New York Giants. Their maternal grandfather Timothy Rooney runs the Yonkers Raceway & Empire Casino, a position he has held since 1972. Their extended family still owns the New York Giants and the Pittsburgh Steelers, and many of her relatives work for these organizations. Her cousins include U.S. Representative Tom Rooney and Florida State Representative Patrick Rooney Jr.

In 2015, Mara received the Face of the Future award at the Women in Film Crystal Awards and shared a CinemaCon Award with her "Fantastic Four" castmates. In 2014, "House of Cards" earned Kate a Primetime Emmy Award nomination for Outstanding Guest Actress in a Drama Series as well as nominations from the Gold Derby Awards and the Online Film & Television Association. She also received a Best Supporting Actress nomination from the Georgia Film Critics Association for "Happythankyoumoreplease" in 2012, and a MovieGuide Award nomination for Most Inspiring Performance in Movies for "Captive" in 2016. 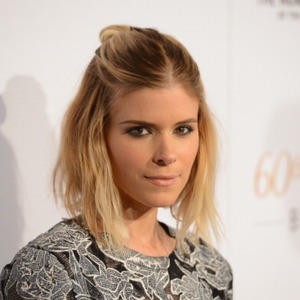